Tailings dam spills at Mount Polley and Mariana: Chronicles of disasters foretold
Featured, Reports & Studies
by Judith Marshall | August 28, 2018
Photo: Bento Rodrigues, December 2015, one month after the breach. Courtesy of Bruno Milanez, PoEMAS / UFJF
Sign up for the latest news and updates on corporate power at the climate crossroads. 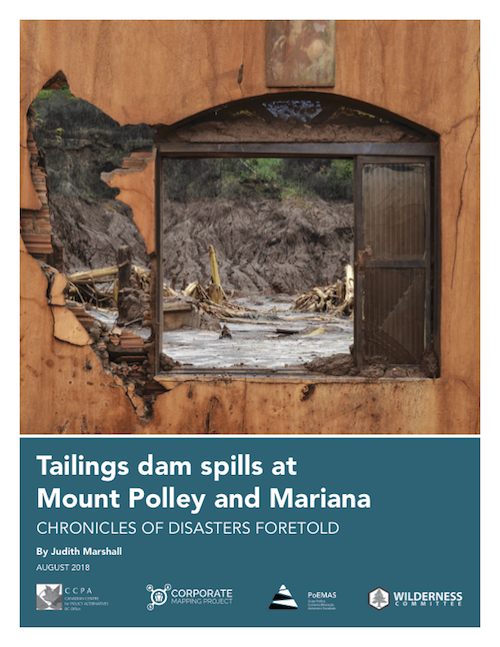 This paper explores the many parallels between the tailings dam spills at the Mount Polley mine in British Columbia (BC), Canada, and the Samarco mine in Mariana, Minas Gerais, Brazil.

The Mount Polley disaster took place in August 2014, when the dam holding toxic waste from the copper and gold mine collapsed, creating the largest environmental disaster in Canada’s mining history. In November of the following year, the largest mine disaster in Latin American history took place in Mariana, Brazil, when an even larger reservoir of waste collapsed at the Samarco iron mine. This paper finds numerous similarities in the circumstances leading up to and following the disasters, and argues they point to troubling systemic problems in the global mining industry.

Judith Marshall is a Canadian popular educator and writer. She worked for eight years in the Ministry of Education in post-independence Mozambique, designing curricula for workplace literacy campaigns. On her return to Canada, she completed a PhD at the University of Toronto with a thesis—and later book—on literacy, power and democracy. She has recently retired after two decades in the Global Affairs department of the United Steelworkers, which included member education on global issues and the organization of many international exchanges of workers, especially in the mining sector. She is now an Associate of the Centre for Research on Latin America and the Caribbean at York University in Toronto.